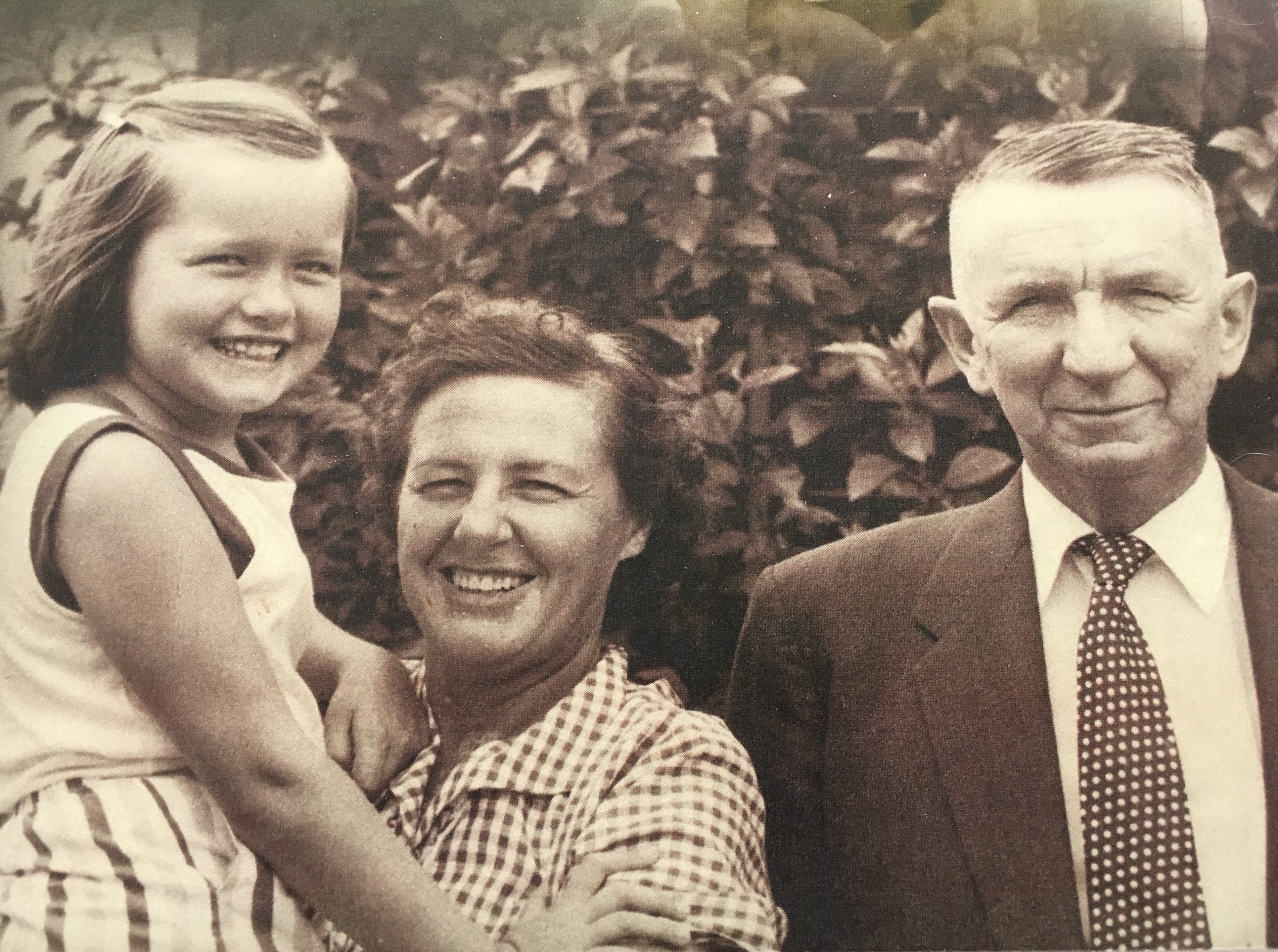 Carol with her beloved grandparents, Lois and Alton Watson ("Nana" and "Dada") of Brunswick, Georgia 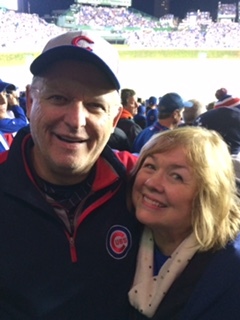 John (Carol's husband of 42 years and her greatest supporter, cheerleader and sweetheart) and Carol at the 2016 World Series at Wrigley Field (Game 5, Cubs win!)

Lois Carol Owens Campbell, named after her beloved maternal grandmother "Lois Florene Scarborough Watson," was born in Columbus, Georgia and lived there until she left for college. Columbus holds a special place in her memories, however, she celebrates the Golden Isles of Georgia (St. Simons, Sea Island and Jekyll) as her "home."

Visiting her grandparents, Lois and Alton Watson, who lived in Brunswick, Georgia on the mainland closest to the Islands, Carol would explore the Islands and admire their unique, individual characteristics. She would swim, build sandcastles, enjoy picnics under live oak trees, play putt-putt golf near the lighthouse in Neptune Park, and walk along the pier. She would also "hunt" to see glimpses of deer at night by beaming a flashlight through the open window of the pink Cadillac her grandfather drove slowly through the forests. The Golden Isles were filled with history and charm, beauty and mystery to delight Carol's irrepressible spirit and provide her with keepsake memories for all of time.

Carol is a lover of stories, humor, precise language, dates, times, history, her family, her friends, and her pets (including her late loves named Bambi, Chief, Nicky, and Scout). She attended Camp Skyline Ranch in Mentone, Alabama and served as a Junior Counselor there also. Her "Skyline Friends" and the memories she shared with them will forever hold a special place of joy in her heart.

Carol also treasures her elementary (Johnson), junior high (Richards), high school (Columbus High School) and college friends at Converse College, The University of Alabama and Pine Manor College "Solstice MFA Family" and keeps them close in her conversations and memories. Her CHS Class of '68 Classmates are forever-Friends embraced in her highest esteem.

Carol especially holds affection and admiration for her Chi Omega Sisters of the Nu Beta Chapter of Chi Omega at The University of Alabama. These brilliant, "beautiful-inside-and-out" young women enhanced her life with their friendships and encouraged her dreams to come true. She cannot thank them enough.

Carol attended Converse College in Spartanburg, S.C. for two years, transferred to The University of Alabama her junior year and earned her B.S. in Home Economics (Early Childhood Development) in 1972.

She earned her MFA in Creative Writing (Fiction) from the Solstice MFA Program at Pine Manor College in Chestnut Hill, Massachusetts in 2011.

Carol and her husband John Campbell met in Houston, Texas in 1978 and married in 1980. They are the proud parents of Griffin Owens Campbell. Wrigley, their pug, and Boo, their kitty, are also adored members of the family.