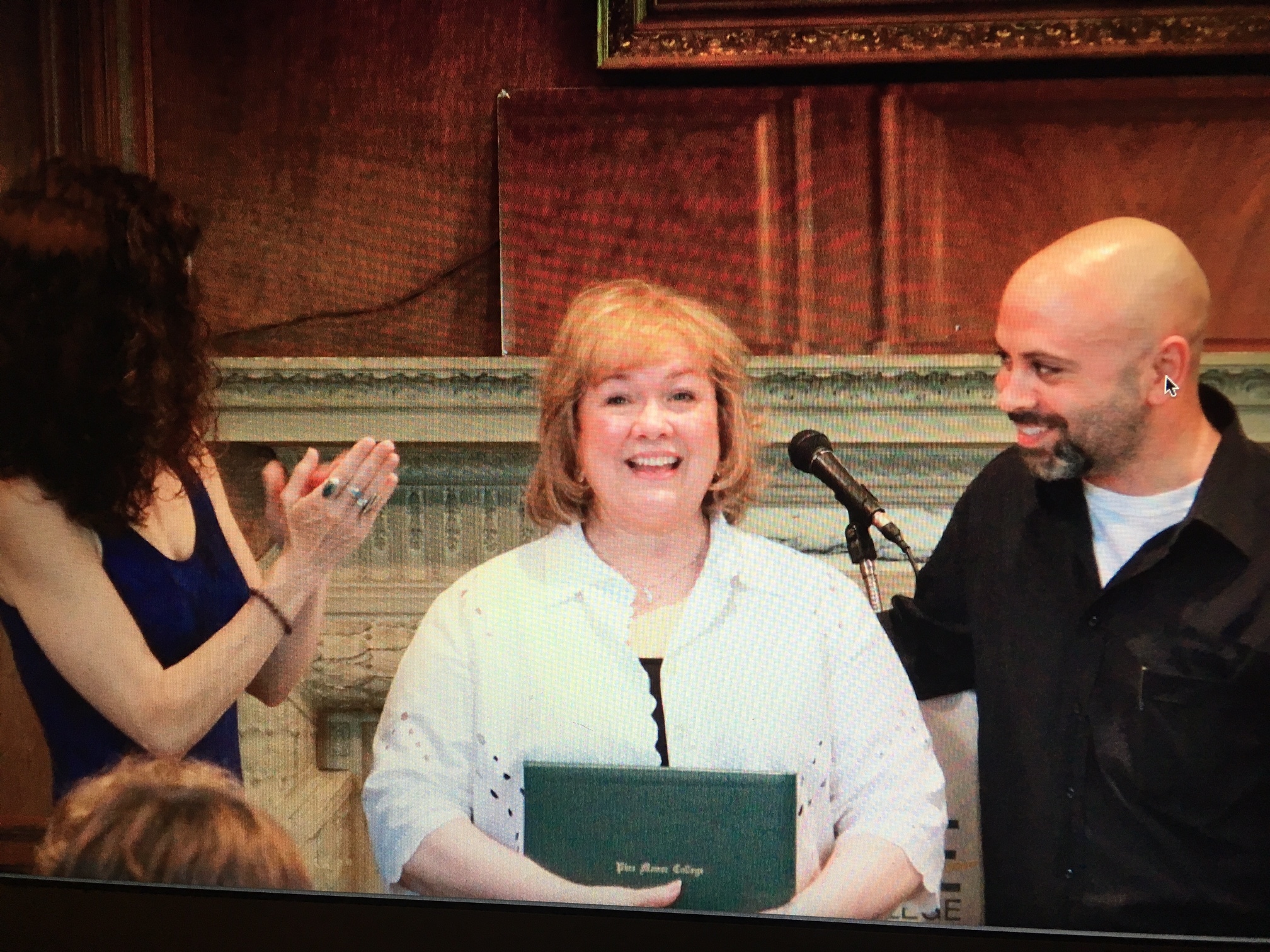 "There are two qualities that make fiction. One is the sense of mystery and the other is the sense of manners. You get the manners from the texture of existence that surrounds you. The great advantage of being a Southern writer is that we don't have to go anywhere to look for manners; bad or good, we've got them in abundance. We in the South live in a society that is rich in contradiction, rich in irony, rich in contrast, and particularly rich in its speech."
Flannery O'Connor, author of one of Carol's favorite stories, "A Good Man is Hard to Find"

Esteemed author and educator Sterling Watson, one of Carol's treasured MFA Professors (and a raconteur whom she considers her "Watson cousin!"), taught her that "enveloping action" is the environment surrounding a character, the world enveloping a protagonist who acts according to the influences of this world to grow, thrive, survive, and make choices.

After breaking her right arm (her predominant writing hand) while jumping from a porch, Carol was taught by her first grade teacher, Mrs. Carmen Perry, to write with her left hand. Carol credits her ambidexterity and Mrs. Perry for energizing her passion to see both sides of an issue with a unique POV, with encouraging her to find balance in writing nonfiction and fiction, and with celebrating her affection for analysis as well as her delight in daydreams.

In college, a philosophy teacher during her Freshman Year at Converse College in Spartanburg, S.C., invigorated Carol's interest in Socrates and Plato whose "Allegory of the Cave" is the quintessential quest of Carol's life, i.e., the joy of seeing sunshine, new views and fresh ideas and sharing them with others through storytelling while encouraging Readers to bask in the sunshine of their own acquired knowledge with trust she will learn from them as well.

Carol's first Creative Writing Instructor at the Iowa Summer Writing Festival in 1998, Sandra Scofield, encouraged her to remember that characters in fiction benefit from having a "creed."

Carol determined her own creed is her favorite quote from Socrates in the vernacular of the day: "A wise man is a man who knows he is not wise." In homage to her personal Socratic oath, Carol devotes time every day to reading, researching, writing and learning.

Carol's mentor for her MFA Critical Thesis is one of the wisest men she knows, Jaime Manrique, who is now a beloved friend. Her Critical Thesis addressed her views on the topic: "A Reminiscent Narrator: The Most Revolutionary-Rebel Storytelling Voice?"

From 2010-2011, Carol again had the good fortune, privilege and honor to learn from Sandra Scofield, a brilliant strategist and writer who became a dear friend. Sandra mentored Carol at the Solstice MFA Program as Carol wrote her Creative Thesis based on her novel, "September Fourteenth." (Title changed to: "Look Away No More")

As research for her novel, Carol drove to Kent, Ohio in 2010 to participate in the Candlelight Service and attend the "May 4th Task Force Memorial Ceremonies" for the 40th Anniversary of the Kent State tragedy.

*Carol was born and lived in the same hometown and graduated from the same high school, albeit a few decades apart, as Carson McCullers, author of "The Member of the Wedding," one of Carol's favorite books.

*Carol joined the Chi Omega Fraternity at The University of Alabama, where Harper Lee, author of "To Kill a Mockingbird," was a sorority and chapter sister, albeit a few decades apart.

SOLSTICE MFA INSTRUCTORS AND MENTORS:
Sandra Scofield, Steven Huff, Jaime Manrique, Sterling Watson, Venise Berry, Randall Kenan, Robert Lopez, Dennis Lehane.
(Steve Huff's memory of the date "9/14" as the first birthdate chosen in the Military Draft Lottery for Vietnam encouraged Carol's urgency to write her debut novel, "September Fourteenth," a working title that was later changed to "Look Away No More." Steve, who was one of Carol's mentors and a man who is an artist she adores and admires, also explained to Carol that Northerners do not 'gush' to which Carol retorted, "Well, Southerners sure do!")

2010, 2012 MASTER CLASS (FICTION), Brooklyn, New York
Instructor: Joshua Kendall
An honor to be invited; an opportunity to learn from Josh and admired classmates through writing exercises, workshop discussions and critiques; a chance to be in the presence of a favorite teacher and guide.

2012 POETRY CLASS, VCCA-France, Auvillar, France
Instructor: Marilyn Kallet
A memory for the ages; learning to write poetry from the exuberance of an extraordinary poet, performer and teacher by celebrating one's "senses" in a place that is a sensory delight.

2015 VQR WRITERS CONFERENCE, Charlottesville, Virginia
Fiction Instructor: Bret Anthony Johnston
In addition to the many Iowa Summer Writing Festival classes Carol attended during which Bret Anthony Johnston was her Instructor, this opportunity to be Bret's student again was akin to being drenched in sunshine. Bret's brilliant views, the warmth of his personality, his bright wit, his spotlight on going deeper into a scene with details, delight and devotion to see the truth of that moment proved a catalyst to Carol's dream of writing and *finishing* a novel. The honor of being Bret's student and the treasure to esteem him as a forever friend are among the dearest gifts of Carol's journey as a writer and in her life.

2013-2019 READING/WRITING BUDDY
First Graders at Lely Elementary School, Naples, FL
Thank you to the students and teachers, Ms. Pam Friedrick and Mrs. Brittany Crouss, for all you taught me!